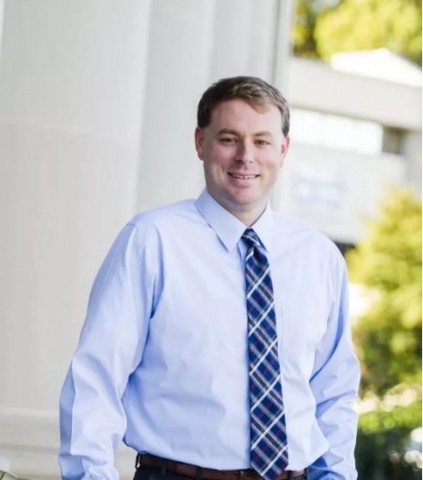 In nearly five years, Rowe has helped fill 13 vacant buildings with top-tier employers and worked on projects totaling more than 1,600 jobs announced jobs and combined investments of around $485 million.

"It's a collective win that our hard work for the county is being recognized on the state level, and it's recognized as having a real impact,” Rowe said.

Virginia Business is a magazine that covers economic issues and progress across the state and across all sectors. The “2020 Power List,” which was released in late August, recognizes 500 Virginia leaders from 20 different sectors, including government, education and economic development.

“Our Economic Development program has flourished under Matt’s leadership,” said Pittsylvania County Administrator David Smitherman. “We are proud that he has been recognized as one of the Commonwealth’s movers and shakers.”

Rowe has successfully recruited a diverse range of companies to the area, including Morgan Olson, a delivery-van manufacturer that replaced Ikea in Cane Creek Centre and has committed to creating at least 700 jobs. Most recently, Staunton River Plastics announced in May that it will create 200 jobs with a new plant at the Southern Virginia Multimodal Park in Hurt.

Rowe often works in tandem with the City of Danville and played a large role in the creation of the Staunton River Regional Industrial Facility Authority, which is a collaboration between Danville, Pittsylvania County and the Town of Hurt.

A Certified Zoning Administrator with experience working in various zoning, planning, and economic development positions across Virginia, Rowe often works behind the scenes and on long-term projects, ranging from creating business incentive packages to site development. Rowe has worked on recruitment and development for the Southern Virginia Megasite at Berry Hill, a 3,500-acre industrial park in southern Pittsylvania County that is ready for development.