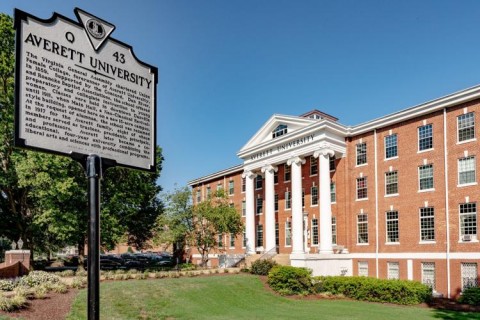 Averett University continues to rank within the top 15 of the best regional liberal arts colleges in the South by U.S. News & World Report.

Ranked as No. 15, the Danville university continues to be the highest ranking of only three Virginia schools from the complete list of 63 schools on the “2020 Best Regional Colleges in the South” list.

Averett also was ranked No. 7 of best regional colleges in the South for veterans this year, as well as No. 8 for best value. Additionally, Averett was ranked No. 7 of top performers on social mobility, No. 11 of best undergraduate teaching and No. 29 of campus ethnic diversity by U.S. News.

“I am excited that Averett University has consistently earned this top ranking. When I consider that Averett was not even among those listed a decade ago, and now we’ve remained within the top 15 for several years, I could not be prouder that our strategic priorities and student focus are reflected through recognitions like these,” Averett University President Tiffany M. Franks said. “Accolades like these are a direct result of Averett’s continued successes, such as our 6% increase in the freshman-to-sophomore retention rate, and our recent increase in overall retention among traditional students.” 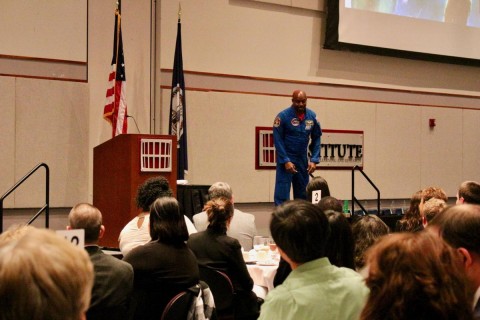 Leland Melvin is the only person to have caught a football on the NFL field and in space. On Wednesday, he spent the day with Dan River region students at the 2018 Southern Virginia STEM-H summit at the Institute for Advanced Learning and Research in Danville.

“This community is doing an amazing job inspiring a new generation of explorers,” Melvin said to the gathering. “I think the tech community here is bringing the students up to be the next blue-suited Virginians walking on the moon. I give all of you a round of applause.”

The Lynchburg native gave the keynote speech at a luncheon for students and at the Southern Piedmont Technology Council’s Innovation Stars Awards banquet that evening.

“We have to make sure that as we go on this journey that all of our kids can see themselves in this role,” Melvin said. “For the kids in here, you may be on one path and see some things that don’t look right, but know that that might be part of your journey.”

A Pittsylvania County elementary school is one of just seven in Virginia to be recognized as a National Blue Ribbon School for 2017. Union Hall Elementary School in Callands was recognized by U.S. Secretary of Education Betsy DeVos in an announcement Thursday. County superintendent Mark Jones said the school had improved immensely in student success in recent years. “That’s a national award for schools that really have just a tremendous academic record,” Jones said. Five other public schools and one private school in Virginia received the award. The awards are based on either performance on state achievement tests and graduation rates, or performance in closing the achievement gap between a school’s subgroups and all students.

Seven schools were nominated in Virginia, and Tunstall was the only high school selected. The nominees were tapped in February and each had to fill out an extensive survey and application process.

According to Boles, qualifiers were not only about academic excellence, but also about connecting the school to the community. He said THS’ accomplishments were 16 pages long.

Boles said he is ”extremely proud of faculty and students,” saying the accomplishment is “a testament to their dedication. We set the bar pretty high and I’m confident we’ll meet or exceed our mark.”